This is a great setlist. Spoiler: this is the highlight of this show, when James Hetfield talks to the audience and says, "When I was 12, I was not in the front row at a Metallica show. You have a very cool father." Melts my heart to hear those words!

But you should start at the beginning of this tune and go through the entire concert, not just watch and listen to the above snippet of the concert! Here it is!
After initially not being a fan of "Hardwired" as either an album opener or as a concert opener, I admit I have warmed up to the tune. I think the combination of "Hardwired" and "Atlas, Rise!" go together like "We Will Rock You" and "We are the Champions" by Queen where it just doesn't feel right to hear "We Will Rock You" without then hearing the softer piano intro of "We Are the Champions." The setlist continues strong with a definite crowd-pleasing tune called "Seek & Destroy." While I also like this tune as a final tune at a concert, I think it fits well early as well. Pulling in "Leper Messiah" early into the set is also great because it is a tune that they don't play at every concert - for example, I've never heard that tune in person. Personally, I think it's a shame that it appears as though "The Day That Never Comes" is going to be the only tune from "Death Magnetic" to ever get played in even close to regular rotation. I think it is an okay tune. I think that "Fade to Black" and "The Day That Never Comes" should never be on same setlist as they are too similar, to my ears. Since this was the tour in support of "Hardwired to Self-Destruct," it makes sense that "Now That We're Dead," "Dream No More," and "Halo on Fire" are included in this setlist. I like that between "Dream No More" and "Halo on Fire," "For Whom the Bell Tolls" is slipped in as it is almost a requirement to hear at a Metallica concert. After Rob & Kirk's Doodle, I like the short "Las Caress" as they launch into the strong second half of the setlist. As you can see below, after "Las Caress," the other tune from their second album that they played this night comes, which is "Creeping Death." As I mentioned earlier, it makes sense to include "Moth Into Flame" since it is on "Hardwired to Self-Destruct." After "Moth Into Flame" comes the first of three tunes from their self-titled album, which is "Sad But True." I have gone from really liking "Sad But True" to being tired of it, to reading that it is Lars Ulrich's favorite tune to play because of the groove (I think that's what I read anyways!) and how the tune gives him the opportunity to improvise a bit during the tune. I am all for improvisation! Of course, "One" and "Master of Puppets" are required to be played at a Metallica concert. The final 3 tunes are the same tunes that Metallica played on Friday, June 9, 2017, when Alex and I saw them in concert in Newton, IA. I like "Blackened" as one of the tunes from "And Justice for All" that still gets played. It is the same type of evolution for "Blackened" for me as "Sad But True" where I really liked it, then grew tired of it, to really appreciating the 6/4 time signature giving the tune a different feel. And, of course, "Nothing Else Matters" and "Enter Sandman" close out the concert. I am old enough to remember when those two tunes were not always paired together - I remember "Enter Sandman" as a concert opener! - but it seems to be the way they are now going to group those two tunes from now on. I don't mind the pair of tunes, though I must say if I never heard "Nothing Else Matters" at a Metallica concert again, I wouldn't be sad. I do wish it could "fall" from favor with the band in the same way that some of their other tunes have over the years. It used to be that if you went to a Metallica concert, you would always hear the following tunes:
Over the years, though, those tunes have been extracted and inserted into the setlist.

Something Different . . . in a Car

This video brings tears to my eyes! All those kids, talking about music and what it means to them and the band members teaching all those kids how to play this tune. It sends shivers to my spine.

On this list of movies about drums - Drum Movies - I have seen: 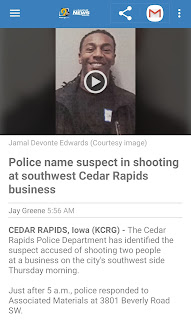 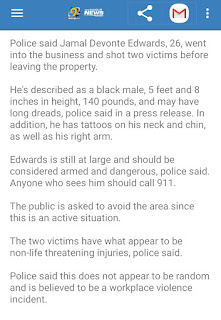 I set the Publish Date to 4/9/2019, which is one year to the day that this article was published. The article laments that Iowa men's basketball fans will miss a player who graduated in 2019. Here's the article: Iowa Basketball
After re-reading the article, is it true? Did fans (like me) miss that player during the 2019-2020 season? 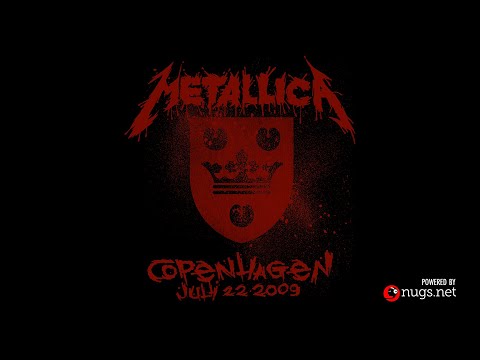